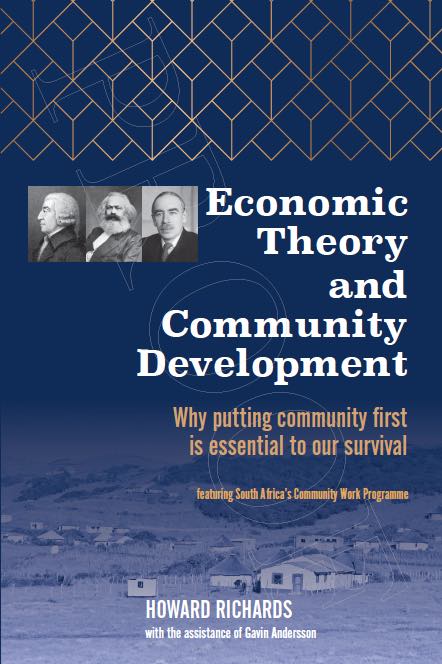 Howard Richards, with the assistance of Gavin Andersson

This book critiques not just neoliberal economics but also the fundamental separation among humans that all economic theories presuppose. Excessive reliance on economic assumptions and practices has created a world bent on self-destruction while serving the true interests of no one.

This book celebrates community-based approaches now blossoming on all continents. Unbounded organizing, together with moral and ethical realism, offers a field-tested philosophy and methodology to provide dignity for all while nurturing the biosphere.

Please read more in this article by Howard Richards that provides an introduction to the book:
"A Call to Practice an Ethic of Care by Sharing Surplus"

Chapter 1: South Africa Now as a Land of Credible Threats and Incredible Promises

Chapter 2: Community as a Guiding Star for Navigating the Seas of Late Modernity in Neurath’s Boat

Chapter 5: The Community Work Programme as a Sea Change in Public Policy

Chapter 6: India’s Employment Guarantee as an Accumulation of Anomalies

Chapter 7: The Swedish Model as Programmed for Failure

Chapter 8: Neoliberal Economics as an Imaginary World That Holds the Real World Captive

Chapter 10: The Fiscal Crisis of the State as a Philosophical Problem: Part One

Chapter 11: The Fiscal Crisis of the State as a Philosophical Problem: Part Two

This is a book for those who are seeking political economy alternatives both in academia and in wider communities. While providing a scholarly discussion of many heterodox (and orthodox) theories, Howard Richards shows that several already existing alternatives can work. They worked for a while in various countries such as Sweden during the social democratic era, and also today there are illuminating examples such as the Community Work Programme in South Africa. The book sets community against economy, especially as the latter is currently understood by mainstream economics. Richards argues not only that theory and practice must be consistent, but also that local community experiments can become the method of changing the ‘basic social structure.’ While Economic Theory and Community Development stresses the role of globalization, it sees the future of human survival and flourishing in terms of developing communities that respect and meet the needs of everyone in a generalizable manner. This book is a noteworthy contribution to the ongoing discussions about what will come after neoliberalism and what will make our global civilization sustainable.

Strategies for economic development, besides being grounded in the varied realities that exist around the world, ought to have an ethical basis. This book with its underlying philosophy of unbounded organization provides guidance in the form of mental models, tools, and experiments. This is sorely needed at a time when the world needs to activate all available resources and optimize adaptive responses. Facing a global pandemic, wrestling with the climate crisis, and undoing the ravages of late-stage capitalism require that we widen the pool from which we draw knowledge. I highly recommend the perspectives of Richards and Andersson as an invaluable part of our conceptual exploration and purposeful change journey.

You may order this book by clicking on the button below. Payment choices are PayPal or major credit cards. If you prefer another payment option, please contact us.

Howard Richards is one of the deepest thinkers of our time. He is a professor philosopher of social science who is based in Chile and often teaches in South Africa. His focus is philosophical and scientific support for an ethic of care. He holds the title of Research Professor of Philosophy at Earlham College, Richmond, Indiana, USA, a Quaker school where he taught for thirty-five years. He was the founder of the Peace and Global Studies Program there and co-founder of the Business and Nonprofit Management program.

Howard Richards was born in Pasadena, California in 1938. He holds a doctorate in education with mention in moral education from the University of Toronto, a doctorate in philosophy from the University of California at Santa Barbara, a law degree from Stanford and an advanced certificate in education (with honours) from Oxford. As an undergraduate at Yale, he won the New York Yale Club prize for outstanding scholarship.

Howard served as a volunteer attorney for Cesar Chavez and Dolores Huerta when they organized farm workers in California's Central Valley in the 1960s. Later he worked in popular education at the Centro de Investigacion y Desarrollo de la Educacion in Santiago, Chile. He taught for thirty years (1974-2004) at Earlham College. His many earlier works include The Evaluation of Cultural Action (1985) and, with Joanna Swanger, The Dilemmas of Social Democracies (2006). He and his wife, Caroline, now live in Chile. He continues to teach one course a year at the Graduate Business School at the University of Cape Town. 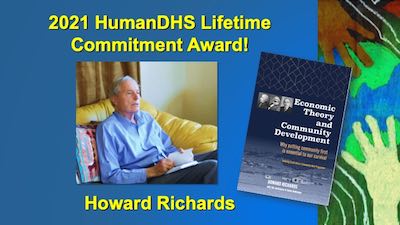 Gavin Andersson grew up in Botswana. While studying in Johannesburg he became active in restarting the black trade union movement and was banned by the Apartheid government in 1976. After five years working as a carpenter, he returned to Botswana and cofounded CORDE, which strengthened cooperatives and grassroots business enterprises.
In South Africa, after it became a democratic country, he led organizations focused on community development and multi-stakeholder development initiatives. His use of the Moraisean Organization Workshop (OW) has enabled community actors to tackle social, environmental and economic issues collectively. Gavin was cocreator of Kwanda, a reality TV show on community transformation. He was a pioneer of the Community Work Programme, facilitating development processes at its earliest sites. He holds a doctorate in Development Studies from the Open University in the UK, writes on unbounded organizing and teaches in the Executive MBA programme at the University of Cape Town.